18 march, Troy Witthoeft tweeted if someone could make a wifi-connected button that could trigger a Release Pipeline. As a tinkerer with lots of IoT boards laying around, this was a fun little project, so I accepted the challenge!

I started off with a NodeMCU, some wires and a button. The NodeMCU has an ESP8266 WiFi chip on board. 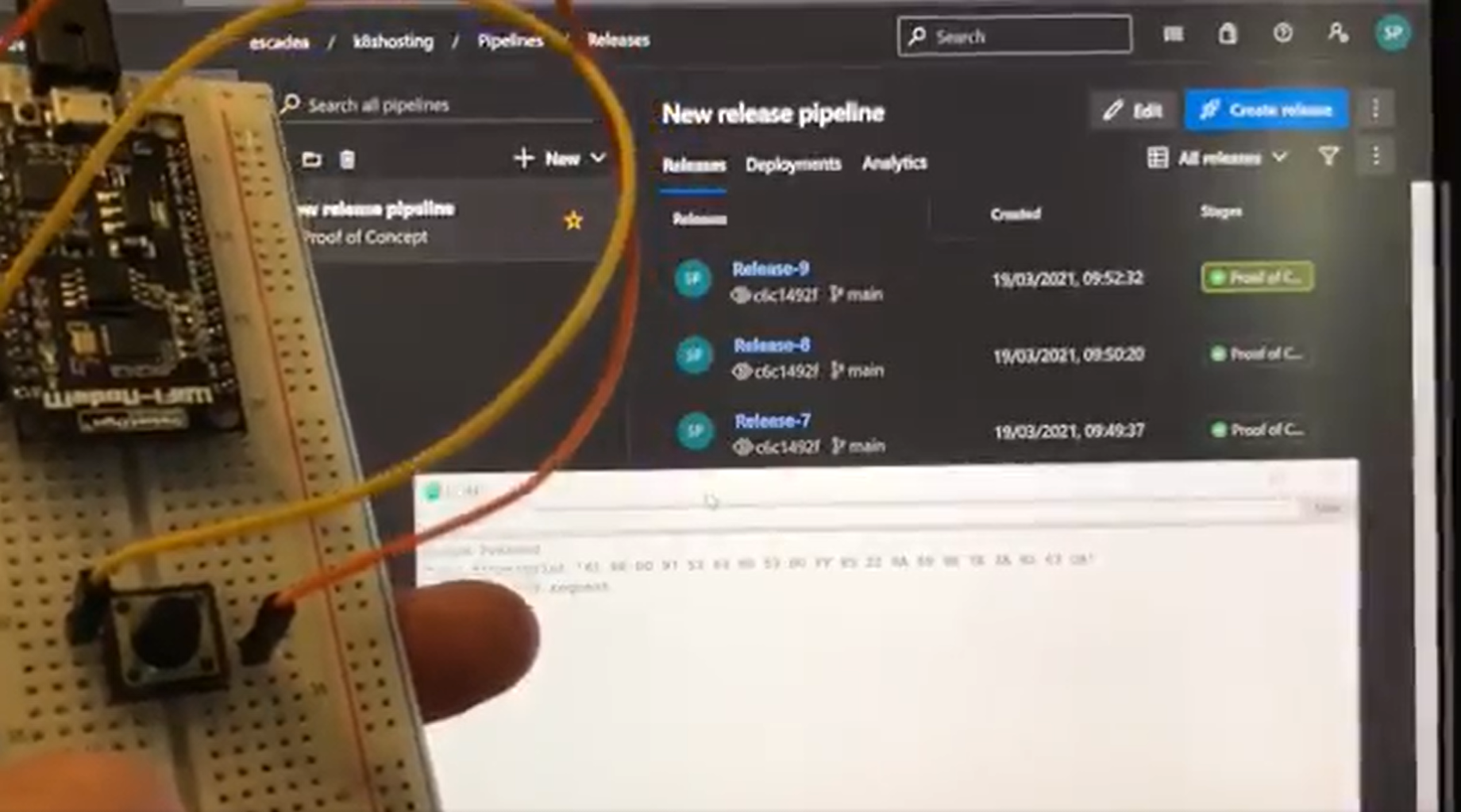 After connecting the hardware together, the idea was as follows:

After a short search, I found the following Docs: Azure DevOps - Releases - Create. This was exactly what I needed! The following challenge was how to deal with the authentication. I was almost certain that a Personal Access Token (PAT) would be the answer here. The solution is to add the following header:

After verifying in Postman that the API call worked, it was time to implement the solution on the NodeMCU. For the code I used a lot of available examples in the Arduino Studio combined with a hint of Stack Overflow. Everything went really smooth. The only challenge was calling an HTTPS endpoint using the existing libraries. To make sure that worked I added the SHA1 fingerprint of the dev.azure.com certificate in the code.

After some more tweaking, the button worked! It triggered a release with a predefines description which get past in the body of the POST API request.

I made a video of the result! You can check it out on Twitter :)

The code for the project is available in Github. It isn’t the prettiest code and can really use some extra variables for stuff, but it was just a quick and fun proof of concept: stefanpetter/C-DevOpsReleaseOnButtonPush.